In this blog I'll share what I have learned over the years about drawing and painting. My processes creating illustrations, visual development and concept art. I'll share thoughts, techniques and ideas that have worked for me in my career as an illustrator. I hope they inspire , and work for you too!

Somethings I think are important in character design.
This post is about  thoughts I have about character desing, not a ‘how to draw’tutorial. Besides knowing how to draw a character, how to use perspective, howto draw expressions, there is also an internal process going on  when I design a character. I tried to write down some thoughts about designing characters, and I’d like to share them with you. I hope they can be ofuse for you. If you have comments or additions, please leave a message in the commentssection.
1. Observation
I make a habit of constantly observing people.I found that for me to understand a character, I need a certain understandingof people, how they act, how they convey their emotions, why they wear certainclothes, how they use body language to emphasize or contradict what they aresaying.  A man who just got robbed,will walk into a police station completely different than a man who was justcalled his stolen car has just been found. Someone who is genuinly happy foryou  will smile at you differentlythan a salesman giving you his smiling talk.
I find it really useful to study actors, andthe way they ‘get to know’ their character. How they use body language, facialexpressions, clothing, make up etc. to define a character.  Some actors have really mastered the art of ‘becoming’ a character. They are very much aware of every gesture, howthey move, talk and breathe. It can be really helpful to approach the desing ofa character in a similar way
It is the task of a character designer to usehis knowledge of how people and translate this into a design that is believable. 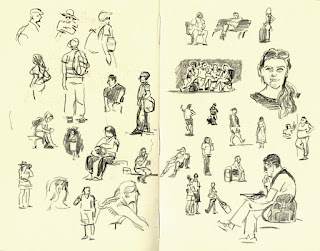 2. Reading the script
I thoroughly read the script, speak with thewriter in order to get as much information as possible about the character tocreate an  idea in your mind tounderstand  who this characteris.  Designing a character is notjust playing around with shapes; it really is finding and defining the character’spersonality.
When I read the script I focus on: How does the character feel, but alsohow he uses subtext in his expressions; If he’s scared, does he show it, ordoes he hide it, how does he relate to his environment. If he’s big, does hefeel big? 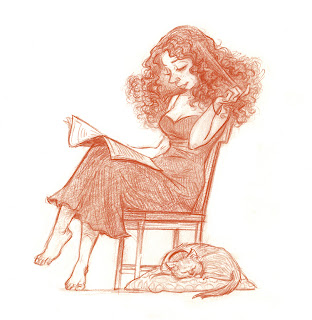 3. Documentation
There is more to the character than just howhe feels. ‘personality’ can be added to the character by how he dresses, how hecombs his hair. If I want the character to be believable and  convincing I need to use elements from the world we know, and use and alter them in my design. The choices I make arebased on the script, and from this, I try to be creative, and come up with manydifferent ‘solutions’ for what the character could look like.
Google is a very helpful tool in referencingclothes, and assecoiries, but going out and looking at the real stuff, andmaking sketches on location can be very important as well. When I need to findout what dress a dancer has to wear, it can sometimes be more useful to go to adance club and speak with dancers, and understand what is important for a dancedress, than to randomly combine google images into one dress. Someone who knows all about dance dresses should also be convinced by my design...
I like to combine ‘direct’ documentation withassociative documentation. For instance when I need to design a certain dress, I look for dresses in real life(direct documentation) but also for things I associate with the mood it has to have,or the personality of the character, or something random that comes up when Ithink of the character. (associative documentation.) Combinig these twoelements, often lead to believable, but also creative design. 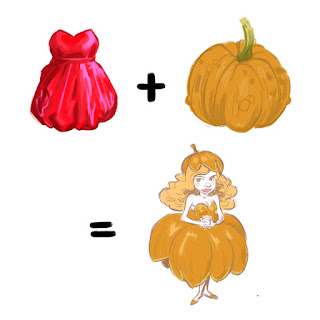 4. Trial and error
It takes more than one drawing to come up witha final character design. Sketching often is no more than thinking visually. Someideas are good, some are bad, but there’s always room for improvement.
Step 1, 2 and 3 are essential to come up withvarious ideas and concepts. A character designer comes up with many differentideas and approaches to the subject. Allowing myself to try things that don’twork, is essential to eventually come up with great ideas. Nobody likes to showtheir bad drawings, but in order to be creative, it is neccesary to exploremany different directions.  I hateit when a drawing  or a conceptdoesn’t work, or when I make a bad drawing.  The alternative however, is not allowing myself to make anymistakes, wich would mean doing the same thing over and over again...that’s notan option for me.
The great thing in designig a character thisway, is that  I ‘get to know’ thecharacter during the process.  Whena drawing doesn’t communicate what I want it to, it means it doesn’t portray thecharacter.  Trying againdifferently makes me slowly but surely discover who this character actually is. 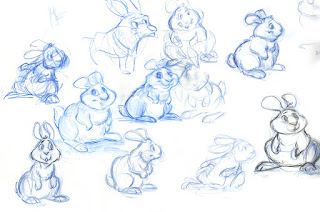 5. Technique
A lot of books are written on character designtechnique. As I mentioned, I won’t go into ‘how to draw a character’ in this post, but there aresome things to be said about technique.
It is important to constantly keep ondeveloping both my drawing skills, as well as my creative skills, which meansbeing able to come up with creative and original ideas.
Because most characters are based on humancharacters – even when the character is a tree, a donut or a rock, it’sexpression and the way it’ll communicate with as is by human gestures andemotions- it’s important to attend life drawing classes. In these classes Idevelop a better understanding of human anatomy, expressions, shapes, 3dimensionality drawing skills, quick sketching skills and so on… 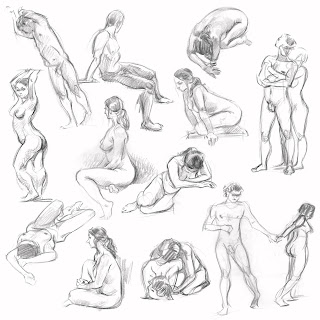 When drawing from life,  making a caricature of what I see is very useful. Certain features of a model stand out, and emphasizing these features is like underlining an important remark in a notebook. I can go through my sketchbook and easily recognise what it is that stood out to me during a specific drawing session, and I can use this information in my character designs. 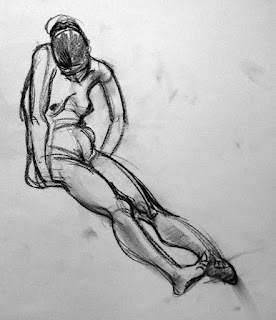 Within a charachter it’s all about proportions. About the relationship between the sizes of the different body parts, the sizes of the different volumes, textures, colors, etc.
In the end there has to be a relationship beteen all proportions that suits the character.  Wether it is balanced , for instance based on the golden ratio, or disbalanced; creating an off-balanced character.
It often helps me to think of contrasts. if a character has curly hair, I can juxtapose this by adding straight elements, for instace a sword, so they complement each other (fuzzy curly hair, soft vs. metal straight). Or a man who is very wise and knows a lot of things, may have a big head, so his body can be small to put emphasis on the head. Using contrasts is a useful tool to be very clear about what you want to express. If all is blue, then red stands out. When I have established that, I can look for the right balance between red and blue. So I first look for the big statements, and then refine them. 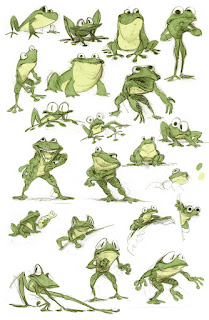